No Place Like Home + Utopia with Milwaukee Public Theater‘s All City People’s Parade, 2011-2013

No Place Like Home and Utopia were parade floats constructed during a series of public workshops at the Grand Avenue mall space. No Place Like Home took the form of a fleet of shopping carts. The workshops explored themes of “home” through conversations with Safe and Sound, an organization for homeless youth. Written reflections were folded like small fortunes, placed inside house sculptures, and passed out in poetic gesture to onlookers during the  parade.

Utopia was a city model on a float, envisioned and built by groups of young people to represent an ideal Milwaukee. It sparked dialog about various conceptions of “utopia,” and how they might operate in both fantasy and real life. 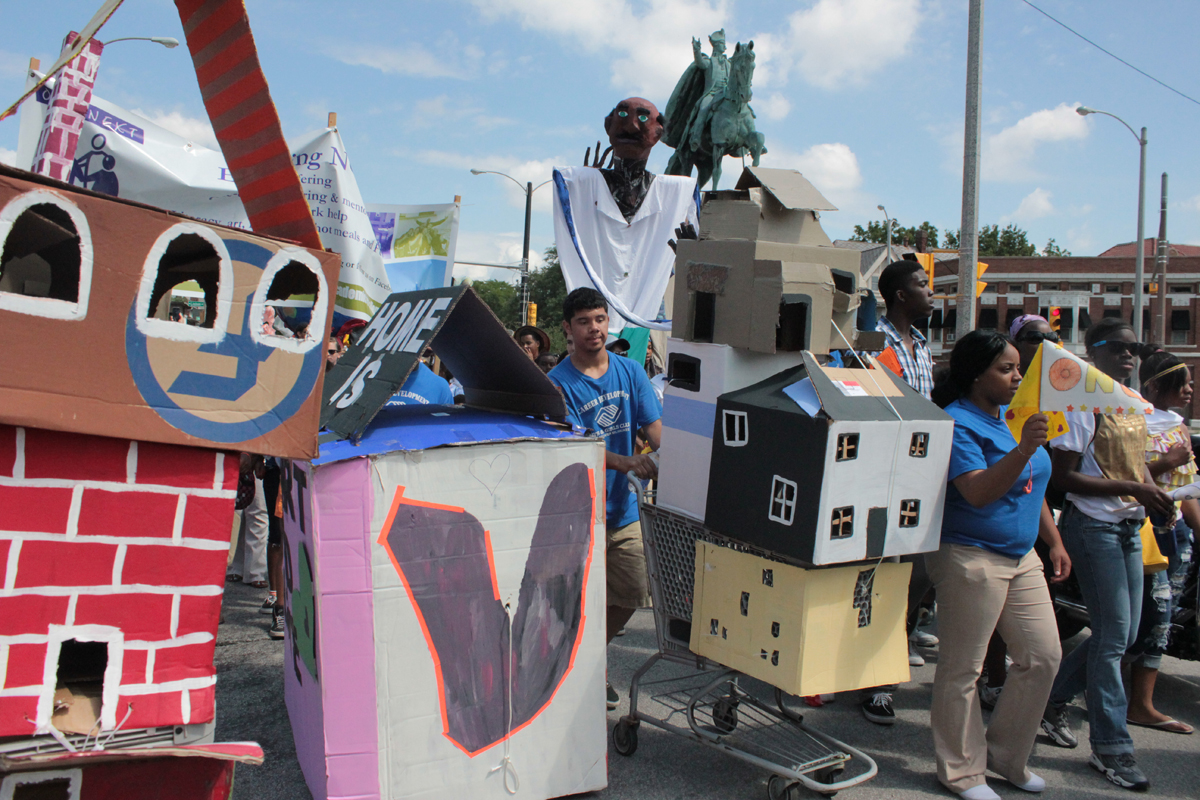