Resonant Outpost resulted from a fellowship with M12 in the town of Byers (pop. 1200). Responding to research on Plains Indians such as the Pawnee and earlier nomadic tribes, as well as Southern Los Angeles Native history, Resonant Outpost was a ‘fairy circle’ sited in a circular darkened space in the prairie grass. Based on an Ojibwe story, a Piezo disc contact mic was attached to very old, cast-away objects collected in a dry wash. The mini amplifier captured inner vibrations and resonances as the objects were ‘played’ by the wind in an experiential fort, designed with different spaces for listening and presence. As a resident fellow, this research also contributed to M12’s ISRE archive on the topics of homesteading, a local abandoned missile silo, the elusive Keota Stone Circles, and regional economies. 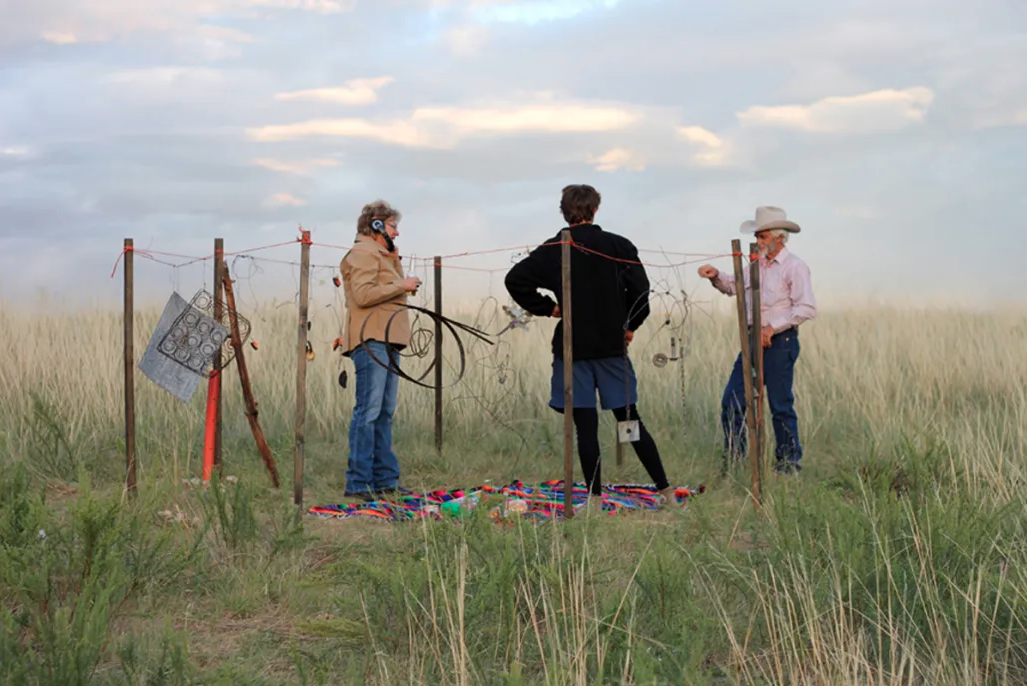 Web We Wove
Scroll to top