During a 3-month residency at Santa Fe Art Institute, this 5-week sculpture workshop was based on Italo Calvino’s Invisible Cities, a set of short vignettes about fantastic architecture. During the workshop, participants made sculptures and paintings based on imagery described in the stories. Over several sessions, the group decided to build a structure with windows to view models of 4 cities : Sophronia (half-city); Isaura (city of wells); Despina (border city); and Octavia (hanging city). The result was an immersive art installation / fort with a soundscape created by other residents at SFAI.

The project was an experimental collaboration between SFAI’s Youth and Outreach program, architect Amy Lin, DeVargas Middle School 7th graders and their literature teacher Chris Slakey. The project was exhibited during a public Open Studios event. 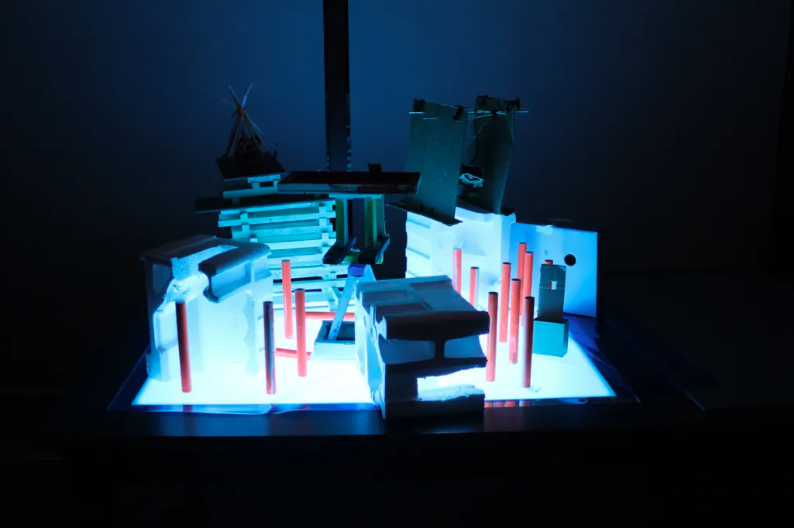